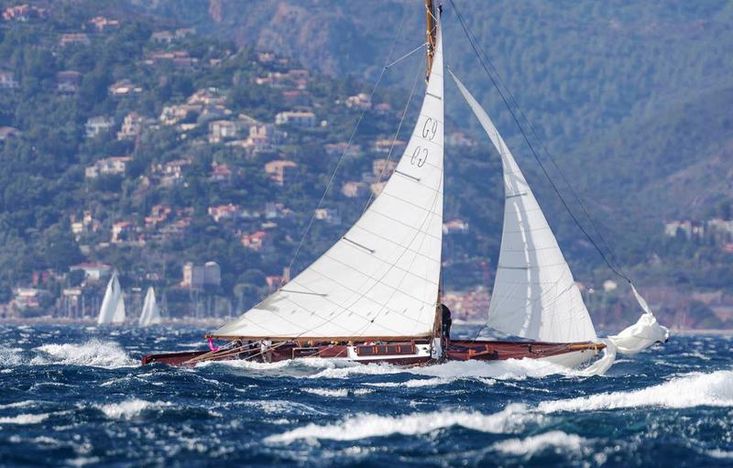 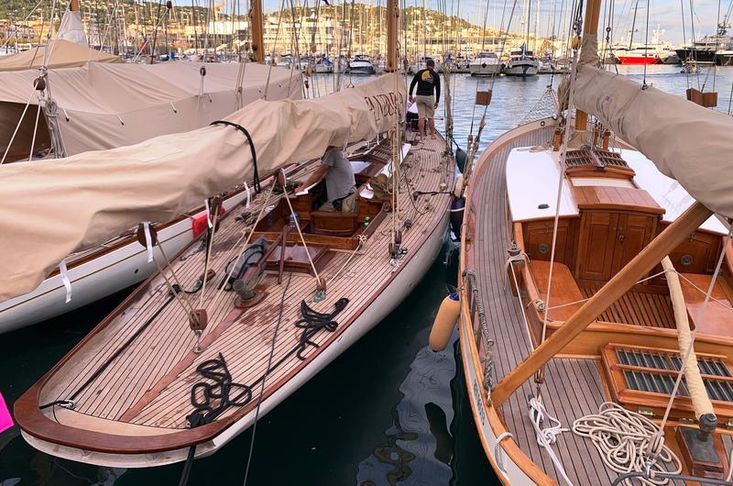 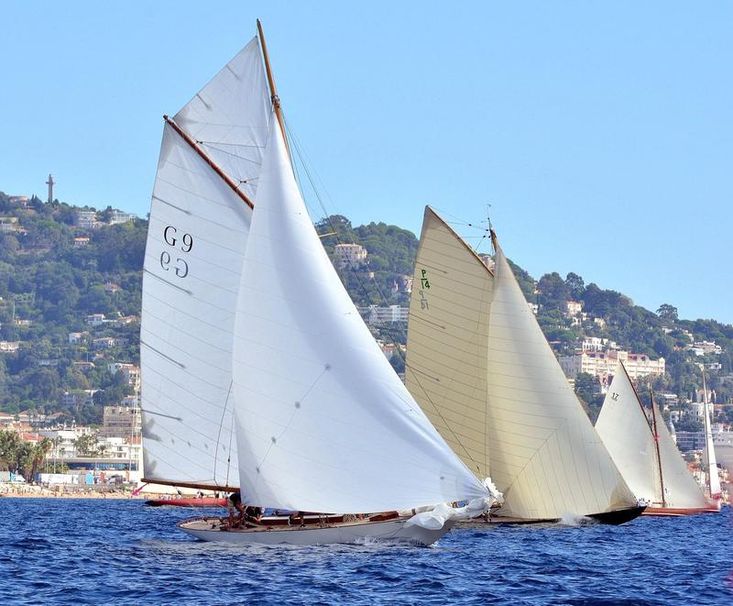 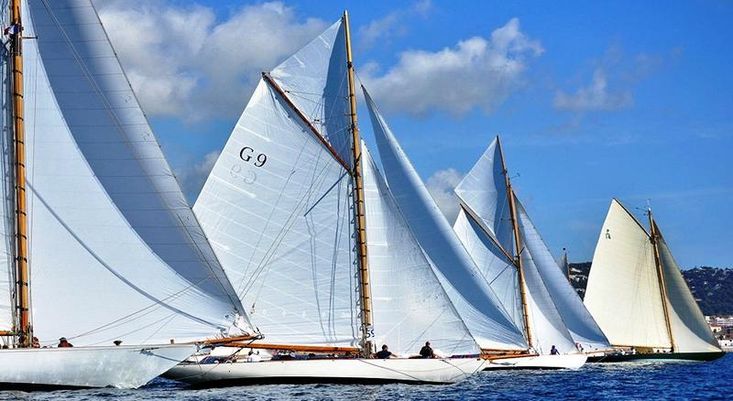 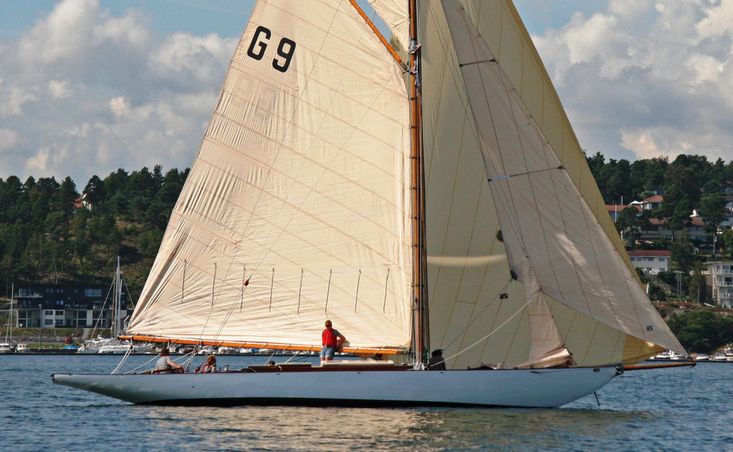 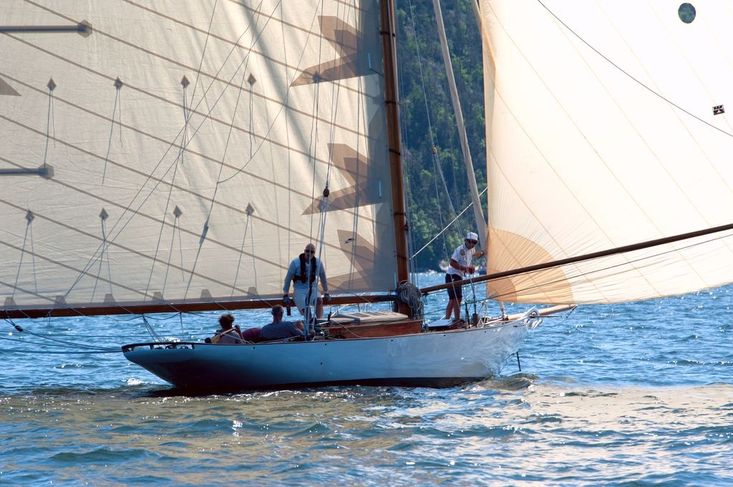 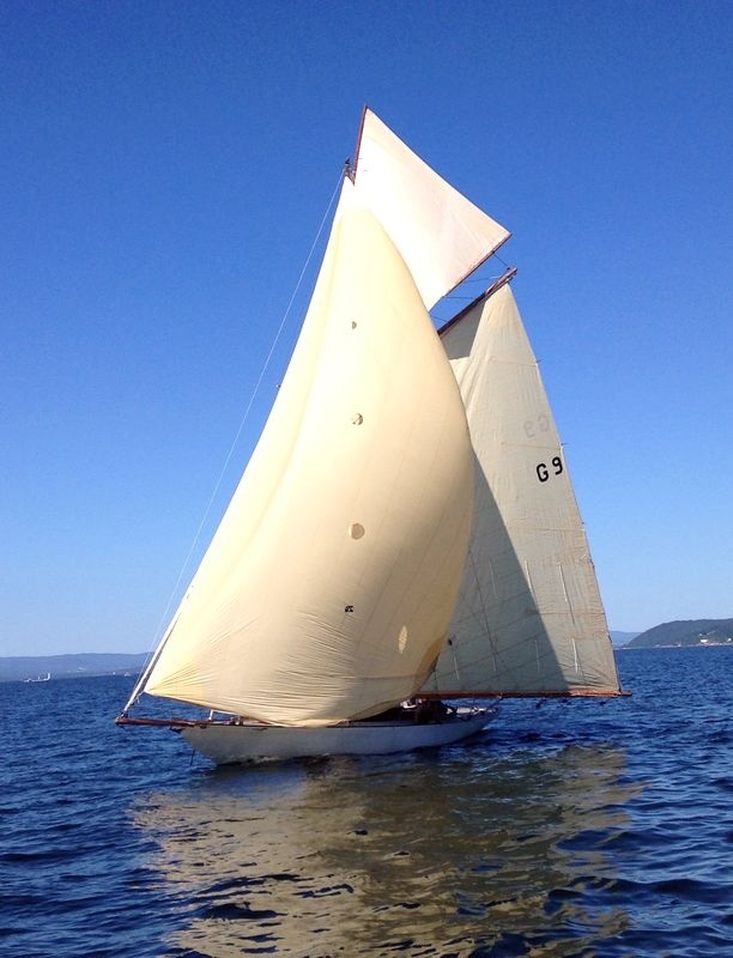 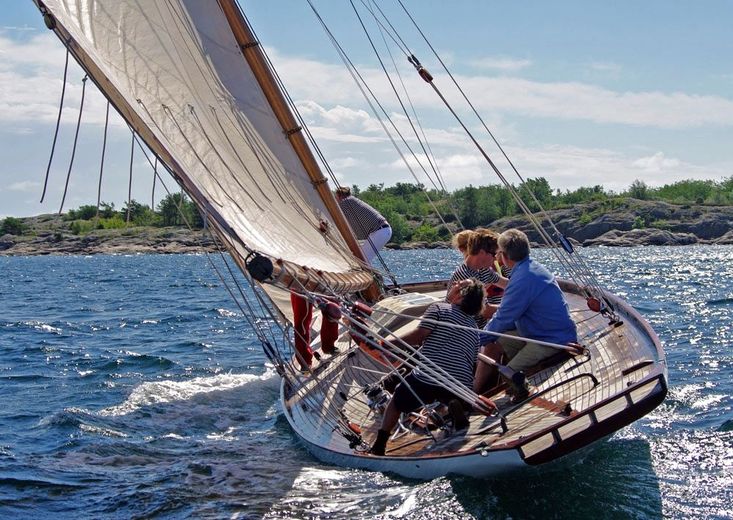 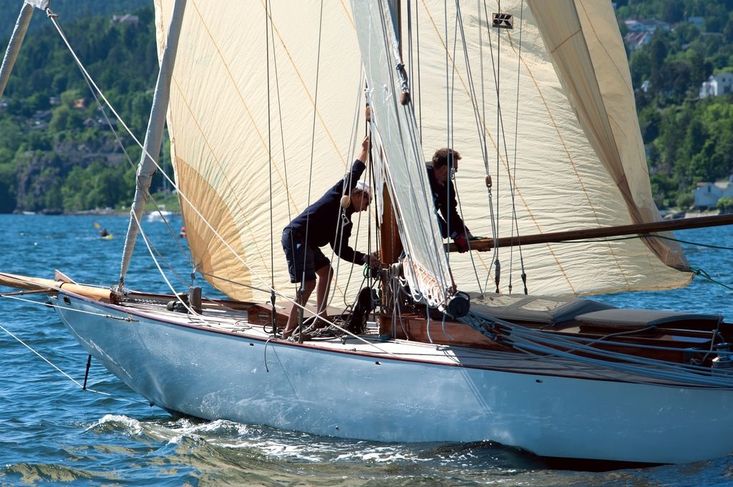 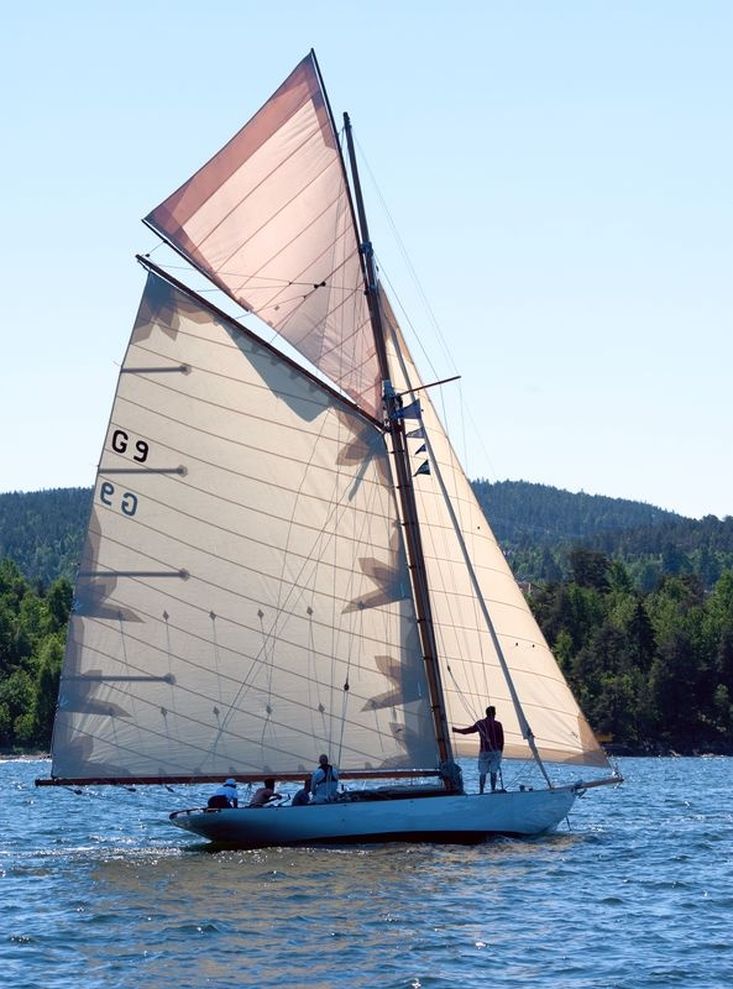 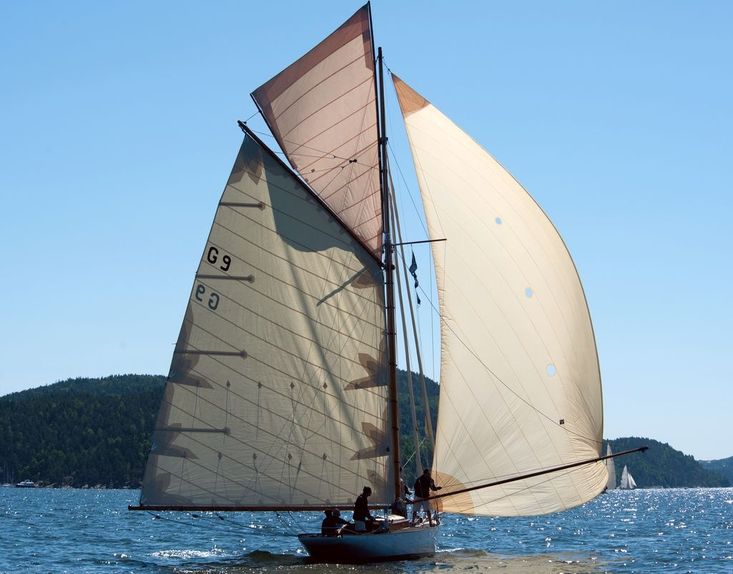 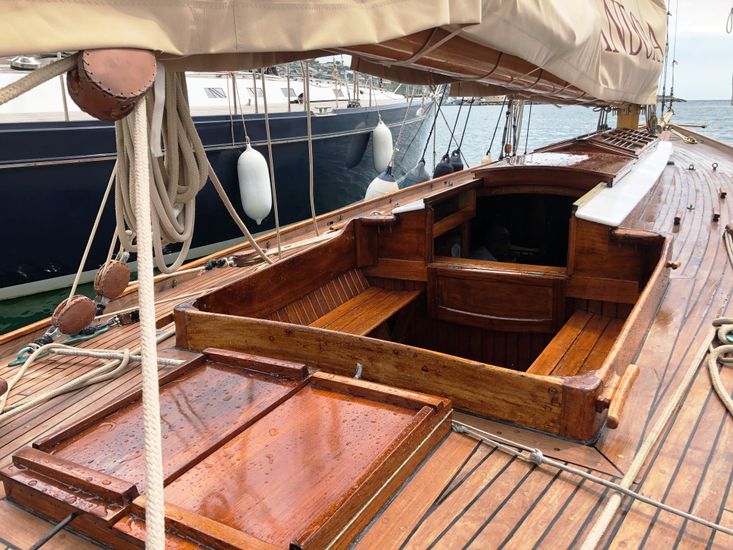 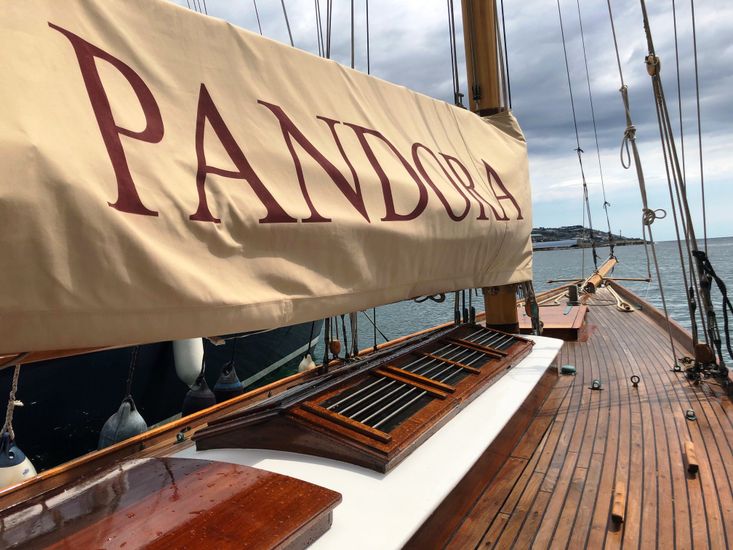 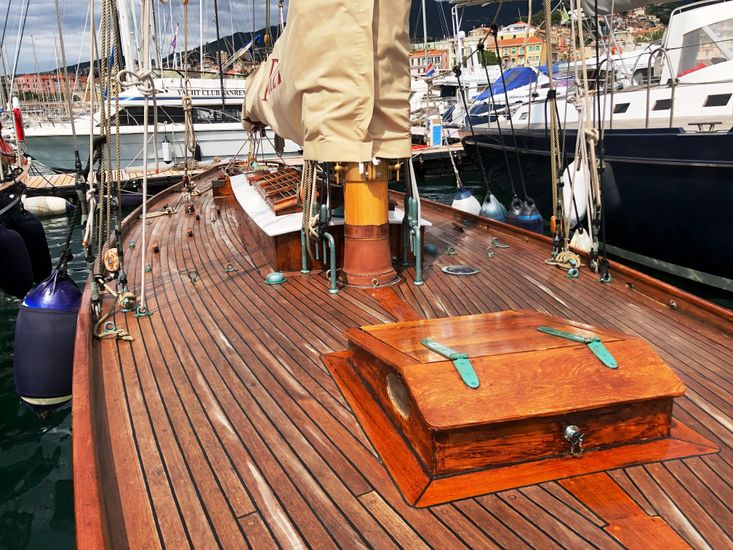 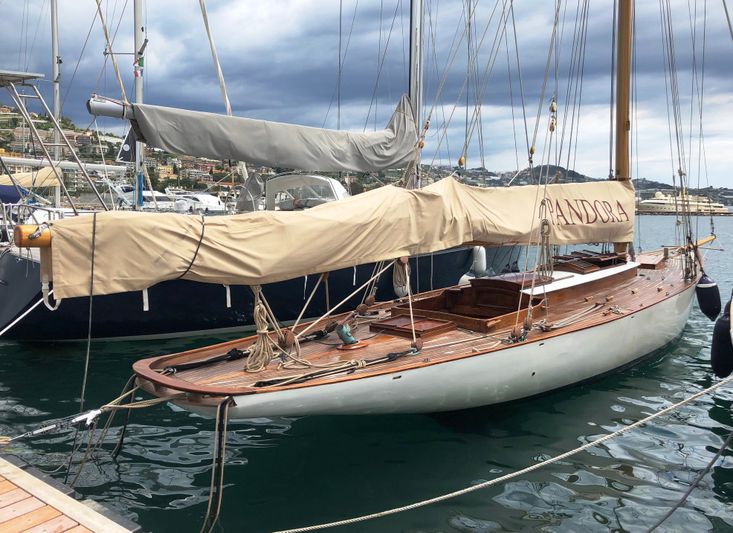 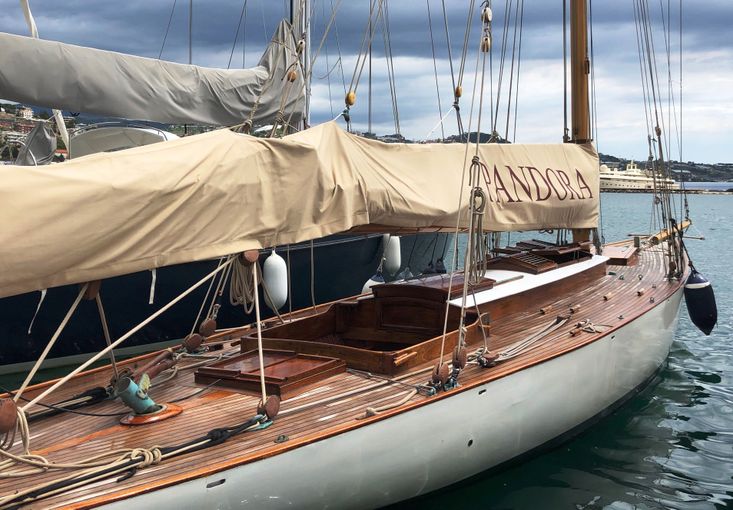 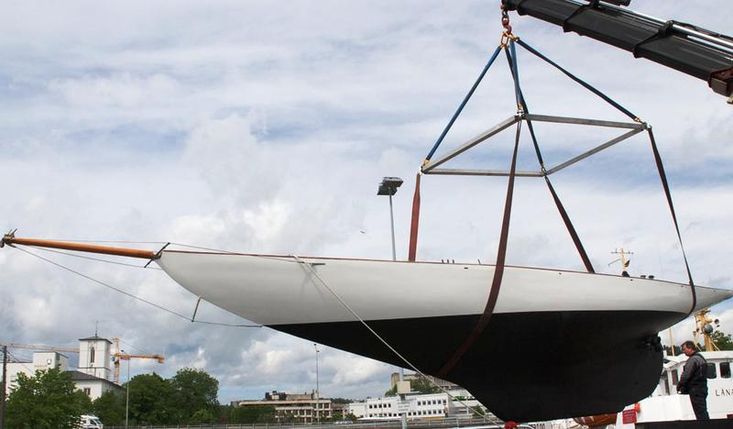 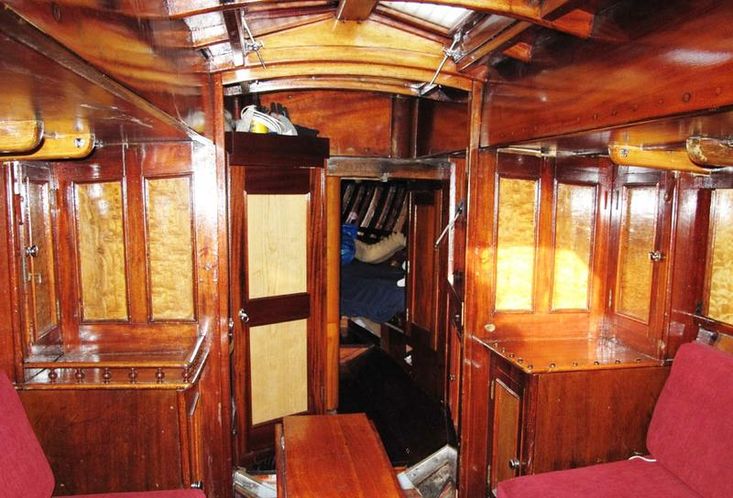 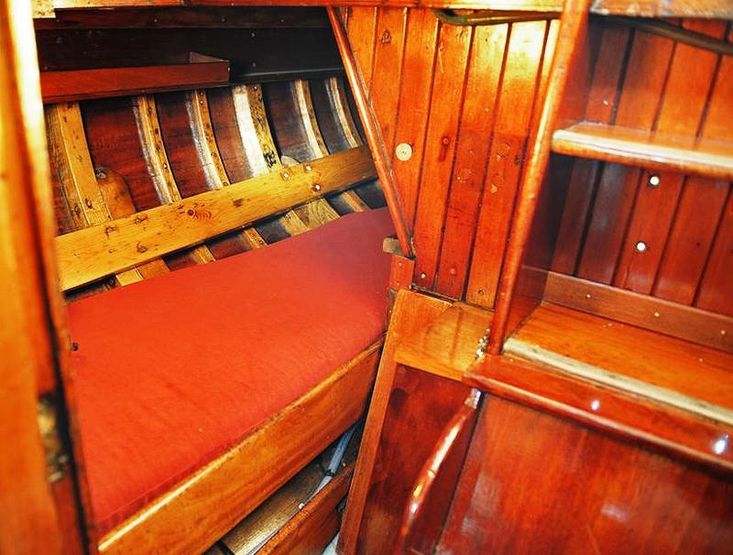 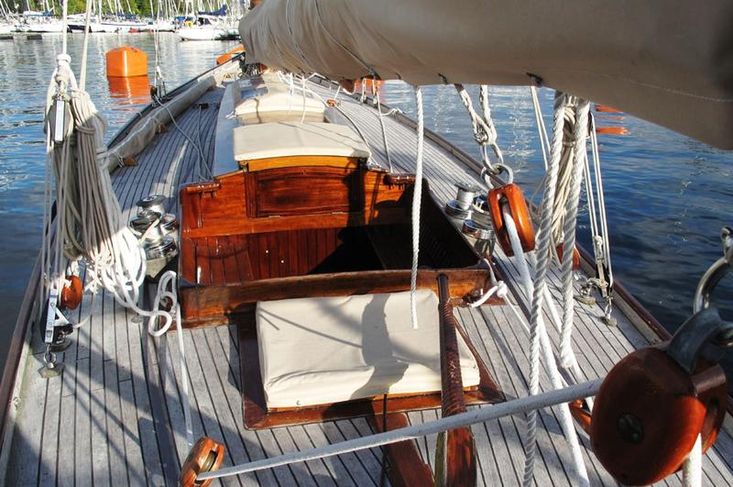 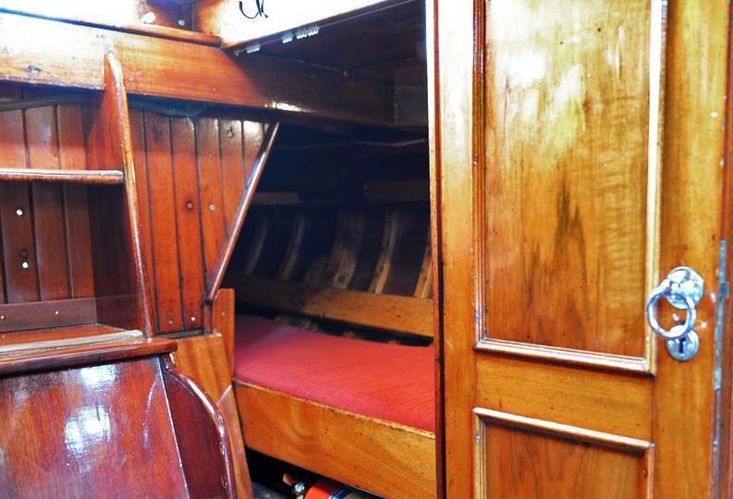 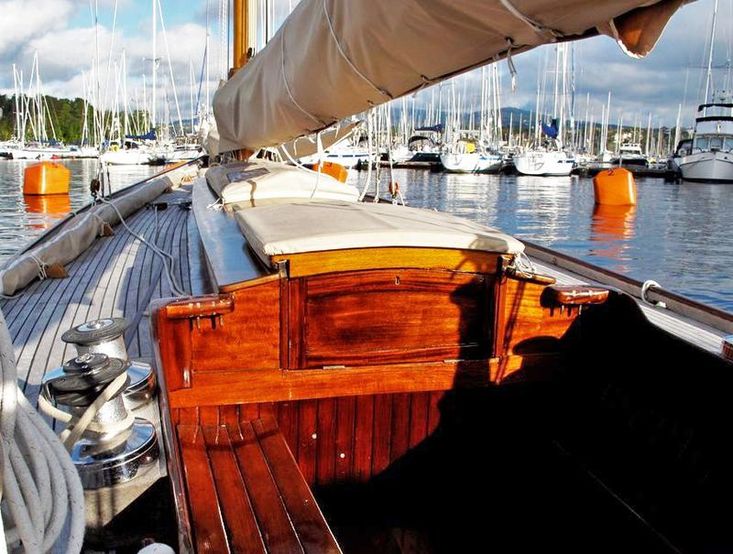 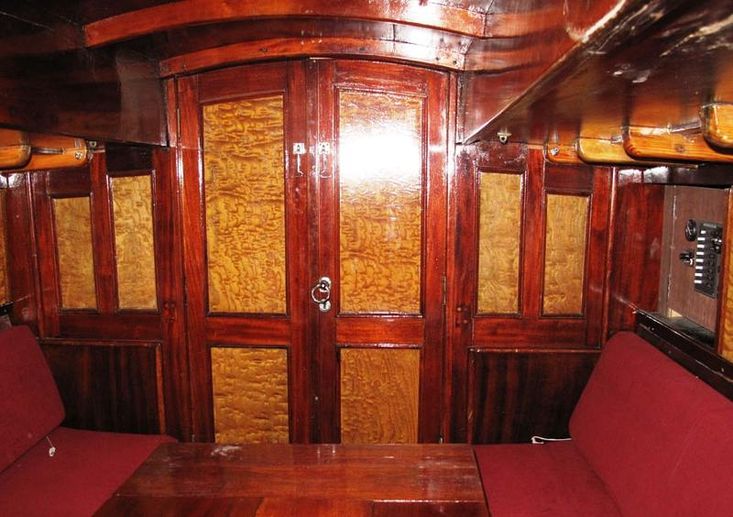 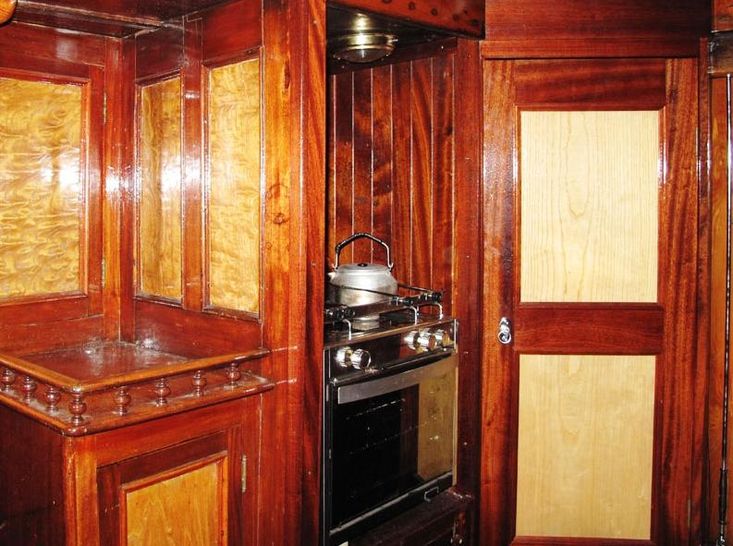 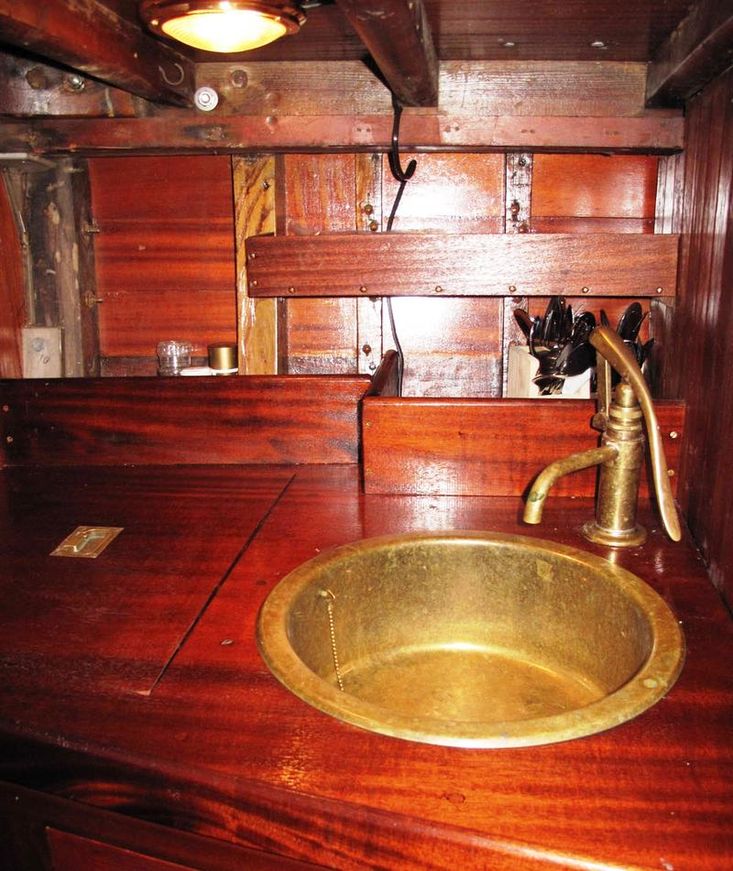 PANDORA was built to a design by Johan Anker to the newly created ‘metre rule’ set in London in 1906. She is most likely the first yacht built to the rule at the Anker & Jensen yard in Norway of which eight 9 Metre R boat were built before the Great War. Scott Hansen from Oslo was one of her original owners keeping PANDORA until the 1930s when Thomas Schlytter bought her, he also kept her for many years. In the 1950s O W Band of Norway bought PANDORA changing her name to FRI.

During PANDORA’s history, there have been nine owners several who have kept her for around 30 years. Launched in February 1907 with a gaff rig which was altered to bermudian in the 1920s as fashions changed. In 2001 PANDORA’s original rig was reinstated and in 2019 her rig was overhauled together with a new suit of sails.

PANDORA was awarded a special prize for “Best sailing yacht” at Risør Wooden Boat Festival in 2007. A full history is available as well as archive photographs of the boat.

The mostly original interior dating from 1907 with varnished mahogany joinery and Japanese hardwood with attractive panelling. Accommodation for six in two cabins.

Entering via the cockpit through double doors to the saloon with single settee berths to port and starboard having drop-leaf cabin table between. Aft to port and starboard are single quarter berths. Forward to port is the galley with a Techimpex gimballed two-burner gas hob and oven (new 2008) Fridge and brass sink to starboard, also with pantry and crockery lockers. Forward to port is the heads compartment – refitted from 2008 in the style of the original. A corridor leads forward to the fore cabin with single V berths and chain locker beyond.

PANDORA is without a doubt an extremely special yacht and a rare survivor from the Edwardian era. Following an extensive overhaul with a new mast and rig some Euro 200,000 spent in total including cosmetic improvements during 2018/19 she can continue to compete successfully on the Med Circuit with her contemporaries and successors. Seriously for sale and offered at an extremely realistic guide price. Spring 2020 re-varnish ready for this season.

Important Note: The particulars / images of the vessels listed on this website are believed to be accurate but are not guaranteed, buyers should satisfy themselves regarding the same. No warranty is given as to the condition of vessel's hull, machinery and equipment / gear and an examination by a qualified marine surveyor is always recommended.

Boats for sale
by continent

Boats for sale
by country